Shell Says Two Barrels Of Oil Leaked Into The Bay 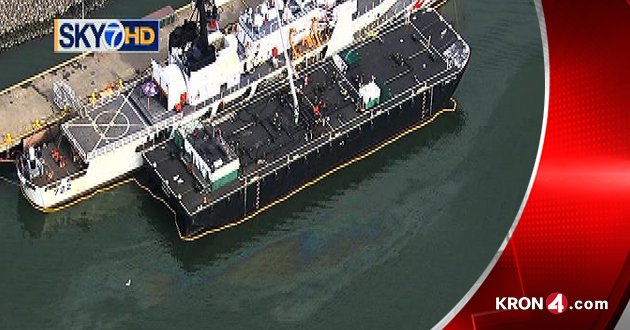 MARTINEZ (KRON) — Officials say two barrels (84 gallons) of oil and water mixture was leaked into the bay on Tuesday.

Officials say the leak in the Martinez bay came from the Shell Refinery.

At around 4 p.m. Shell employees reported the leak from a crude oil line at the Shell Martinez wharf.

The leak appears to have happened during a test being done on the crud oil line.

Officials say the leak was contained within 30 minutes and employees deployed absorbent boom and skimmer boats to contain and recover the oil.