On Monday September 8, about 50 people filled the basement of the First Congregational Church in Martinez to learn about volatile crude-by-rail 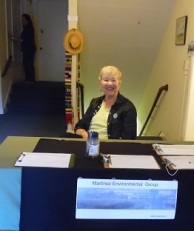 trains traveling through the residential areas of Martinez.

Organized by the Martinez Environmental Group (MEG), the community forum included an overview from Diane Bailey, senior scientist at Natural Resources Defense Council, as well as presentations by four long-time 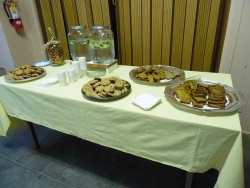 Martinez residents who each provided a local perspective.  Bill Nichols talked about past Martinez train derailments and 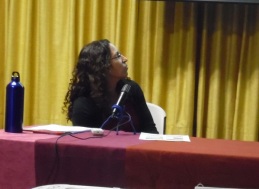 increase in crude by rail traffic through Martinez and Peter Dragovich gave an update on the Martinez City Council’s Public Safety Committee meeting that evening discussing this topic. 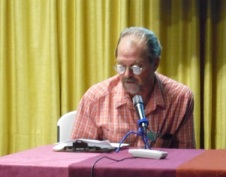 Tom Griffith and Aimee Durfee, co-founders of the group, described how MEG got started in early 2014 in response to the emerging crude-by-rail crisis, and the group’s current strategy to urge the City of Martinez to pass a resolution opposing the passage of Bakken crude through Martinez.  A number of other cities have passed similar resolutions; however, at this point the Martinez Public Safety Committee has only agreed to bring the resolution proposal to the full Council at some undetermined point in the future.
More pressure is needed to get the City of Martinez to protect us – the residents!  MEG members are collecting petition signatures and sending postcards to the city to urge them to act quickly against this dangerous situation.  For more information, see www.mrtenvgrp.com/sign-our-petition.
Thanks to all who attended!