SEATTLE (AP) – Nothing spilled when three tanker cars in an oil train from North Dakota derailed at a rail yard early Thursday, but it alarmed environmentalists.

“This is a warning of how dangerous this could be,” said Kerry McHugh, communications director for the Washington Environmental Council.

She noted the train derailed near Puget Sound, under Seattle’s Magnolia Bridge, the main connection to one of the city’s neighborhoods.

“The potential for environmental damage, economic damage and the disruption of people’s lives is huge,” she said.

The train with 100 tanker cars of Bakken crude oil was heading for a refinery at Anacortes and pulling out of the Interbay rail yard at 5 mph when five cars derailed, said Burlington Northern Santa Fe spokesman Gus Melonas. 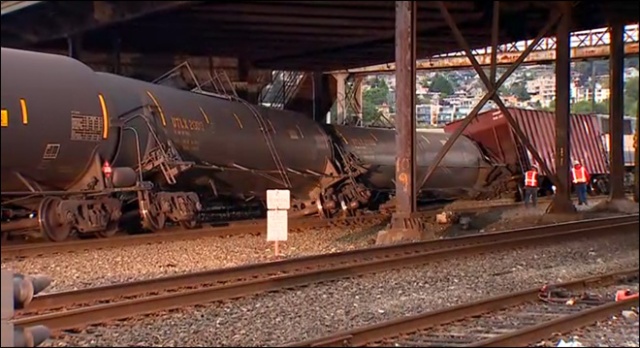