The city of Lynchburg on its website posted that the fire department was on the scene and urged motorists and pedestrians to avoid the area. It tweeted that the tanker cars were carrying crude oil and that three or four of them were breached. The city said 13 or 14 tanker cars were involved in the derailment. 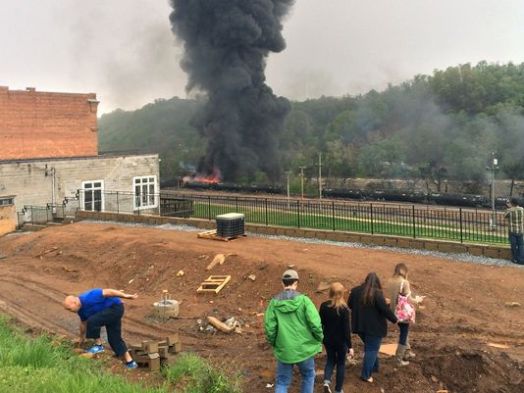 We are a community health and environmental group located in Martinez, CA.
View all posts by Martinez Environmental Group →
This entry was posted in Danger! Crude-by-Rail. Bookmark the permalink.