This is from KCBS:

The hazmat team remained at the scene late Wednesday morning and is working with Union Pacific, the company that owns the railway. Officials at Union Pacific were not immediately available to comment.

Kaufmann said Union Pacific is trying to get equipment on scene that can upright the tanker cars and get them back on the track.

“And with any operation of that sort, there are safety concerns,” Kaufmann said. “We’re there to make sure it’s done in the safest way possible.”

In large concentrations, it can also become an inhalation hazard. Kaufmann said it’s not likely that this morning’s situation would result in that type of hazard, although crews are monitoring the air at the scene.

Found this statement in a Reuter’s post on Google News:

“San Francisco CARBOB rose on news that Tesoro’s 166,000 barrel-per-day Golden Eagle refinery in Martinez had experienced an upset over the weekend which resulted in several units shutting down. On Monday, the refiner said it was in the process of resuming normal operations.”

Let us know if you saw, heard, or smelled anything we should check on.

7:45  pm — drove to Shell refinery and took pictures of the huge white clouds coming out of the refinery, from the corner of Howe and Pacheco.  we also smelled a skunky acrid smell by the refinery.

9:30 AM – received call back from BAAQMD staff Almira Van (415-749-8711).  I told her all this info again.  She said that usually when it gets cold out those types of things are just steam.  When I asked her what kind of documentation she had from last night, she said that she had not even talked to the refinery yet! I said that we live in Martinez and we see the sky around the refinery every day, and we never see this size of cloud, even though it has been very cold for several weeks.  She said sometimes the refinery has to let off a lot of steam.  She asked me how long the smell was there and I said I didn’t know.

She also said that she hoped that telling me it was just steam would make me feel better; I told her i wasn’t interesting in feeling better, but I would like BAAQMD to enforce the regulations.  She said they do regular inspections and the refineries have to tell the Air District when something happens.  I said that I didn’t really trust the refineries; I live here and have to breathe what they put into the air.  I also asked her to send me the final report from their investigation and she agreed to do that.  She also said she would call me back after she called the refinery.

Whatever they are doing tonight (Monday, 7:30PM) is creating a lot of smoke/steam and it smells very acrid down by Howe and Pacheco.

sfgate.com · by By Jenna Lyons 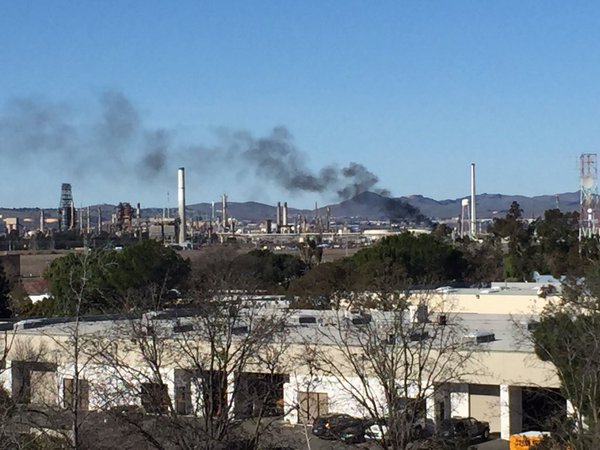 Black smoke billowed out of a flaring East Bay oil refinery after a unit went down on Tuesday, causing officials to issue a health advisory for people living in the area that lasted more than an hour.

Around 11:45 a.m., the Tesoro Golden Eagle Refinery at 150 Solono Way in Pacheco lost its “primary steam generation unit,” said Patty Deutsche, a spokeswoman for the refinery.

“Steam is what powers the entire refinery,” Deutsche said Tuesday. “If steam is all of a sudden reduced, the oil can thicken up and build up pressure. It can be dangerous to the entire process.”

Equipment used to refine oil began to flare up and cause smoke as a result of losing the steam generation unit, Deutsche said.

A lack of steam threw the system out of whack and created black smoke, a result of burning hydrocarbons that would usually be processed in the refining cycle.

Officials with the health department and Bay Area Air Quality Management District tested the air and detected no harmful emissions were released into the atmosphere, Deutsche said.

A “level 2 incident” was called by health officials, meaning people with preexisting respiratory problems off-site from the plant could experience breathing problems from the smoke. A hazardous materials team was sent to the refinery to assess the health risk, Balladares said.

Officials lifted the advisory shortly before 2 p.m. and the steam generation unit was put “back on line,” Deutsche said.

Some units remain down, but the steam generation unit is operating. An investigation of the incident was ongoing, officials said.

“There were no injuries as a result of this event,” Deutsche said in a statement. “We do not expect any adverse health effects… Our main priority is to safely return the refinery to normal operations and to minimize the impact to the community and the environment.”

In August, Tesoro Corp. settled a $4 million lawsuit that claimed the company’s Pacheco refinery had illegally discharged byproducts in sewer and water-treatment facilities because workers did not remove contaminants that could evaporate and pollute the air.

You are invited to attend an educational workshop to learn about Community Choice Energy (CCE) in the Bay Area and its potential in Contra Costa County. Come learn from CCE experts about how the program works, its potential for local economic and environmental benefits, and the various program options the County is exploring.

Topics Will Include…
CCE 101: How and Why it Works
State and Local Policy Framework
Lessons Learned from Marin Clean Energy and Sonoma Clean Power
Program Options Under Consideration
Next Steps

The meeting agenda can be viewed here.

Who Should Attend
All are welcome!  These workshops are open to members of the public, local government representatives, community organizations and other stakeholder groups. Please RSVP early as space will fill up fast.

For more information, please contact Jason Crapo at
Jason.Crapo@dcd.cccounty.us or 925-674-7722.

Attendance is FREE but Please RSVP!
Please select your preferred date and RSVP by registering here

What is Community Choice Energy?
CCE is a local energy model that allows cities and counties to pool the electricity load of their residents, businesses, and municipal facilities with the goal of offering consumer choice, affordable rates, and cleaner energy. For more information, visit www.leanenergyus.org 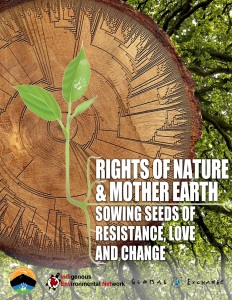 by The Heinz Endowments with Fractracker, ForestEthics, and more…

The “Oil Trains 2015: Community Risks & Solutions Conference,” was a one-day summit hosted and sponsored by The Heinz Endowments, that examined health and safety concerns over the major increase in oil train traffic through densely-populated communities in the Pittsburgh region. The event took place on Friday, Nov. 13, at Wyndham Pittsburgh University Center in Oakland. It included presentations from a range of more than 20 experts across the U.S., including local elected and government officials, civic leaders, regulators, academics and researchers, and representatives of nonprofits and interested organizations. All the presentations are available on this playlist.
https://www.youtube.com/playlist?list=PLuy2nzsk-XDWsXb-o6DmcrD0Akfc31uK1